The Benefits of Vaping vs Smoking

There has been a lot of discussion about the benefits of vaping compared to smoking. Many people may be considering questions such as: How much better can vaping really be than smoking? Is making the switch really worth it?

Those are important questions to ponder. If you are a smoker and you’re thinking about making the switch to vaping, VaporFi invites you to check out our vape starter kits.

Why Make the Switch?

Here are a few reasons why we think it’s worth it to switch to vaping: 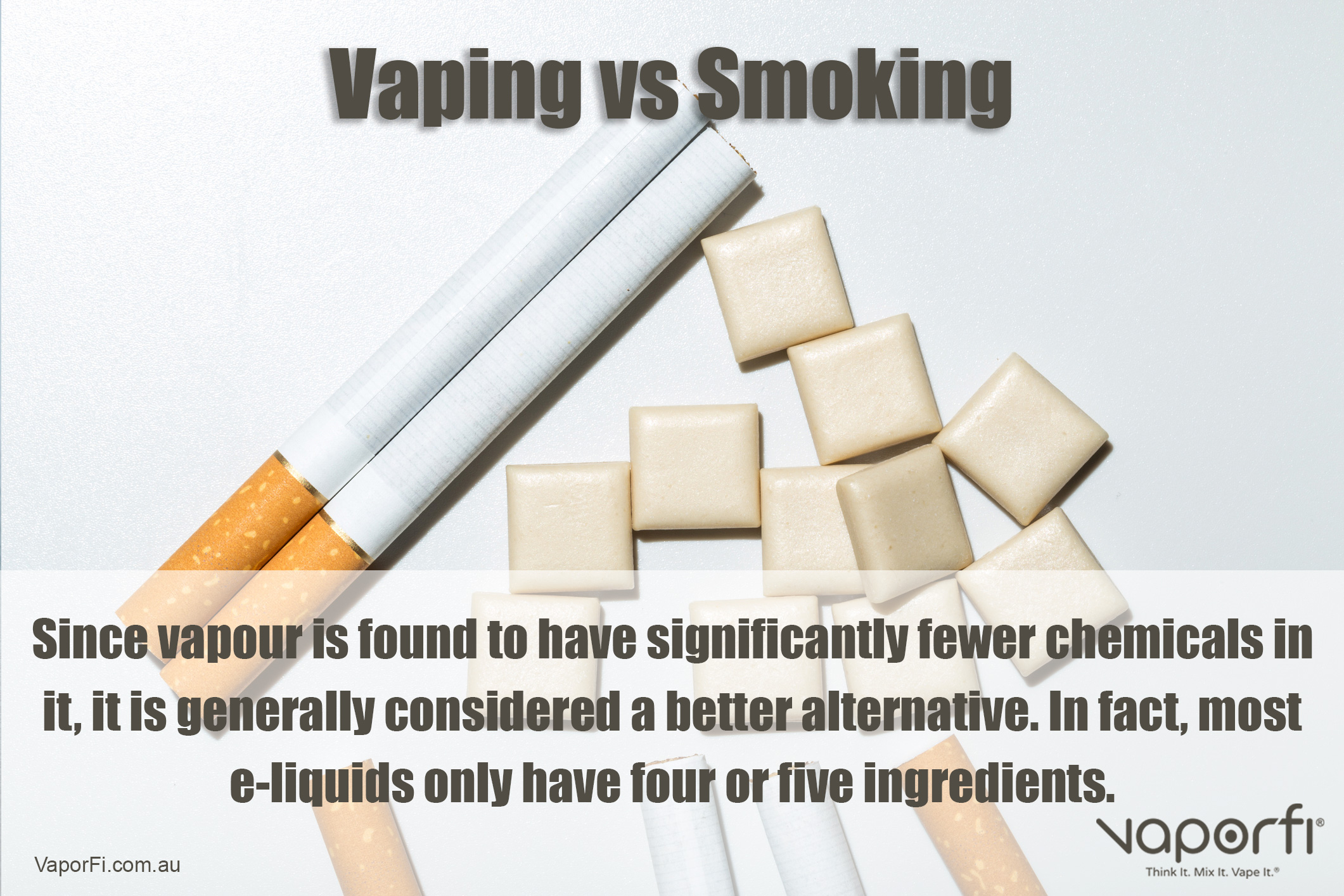 One of the most common reasons why people choose to switch from smoking to vaping is so that they can start reducing their nicotine intake while instantly eliminating many of the harmful carcinogens present in cigarette smoke. This is especially true for people who are worried about their family being exposed to second-hand smoke. Since vapour is found to have significantly fewer chemicals in it, it is generally considered a better alternative. In fact, most e-liquids only have four or five ingredients.

Many former smokers say that it is easier to quit when you can ease off of the nicotine slowly without having to worry about any additional harm being caused by the smoke. Since e-cig juice comes in many different nicotine strengths, it’s easy to step your way down over time once you make the switch. 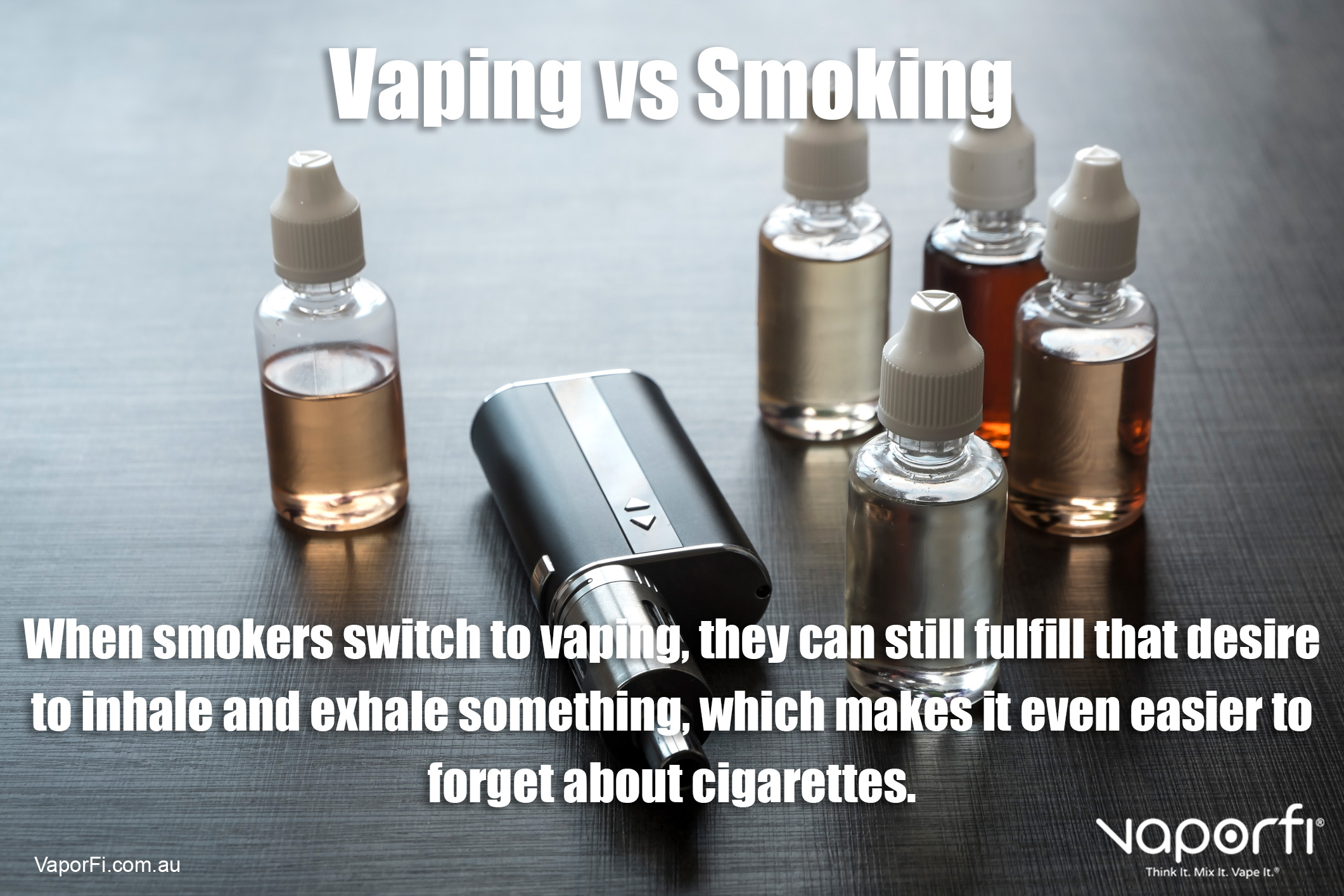 Another common complaint from smokers trying to quit is the need to have something to chew or suck on to keep their mouth busy in place of the cigarette. For example, some people choose candy or gum as an alternative. However, vaping can be an even better replacement for the act of smoking. When smokers switch to vaping, they can still fulfill that desire to inhale and exhale something, which makes it even easier to forget about cigarettes.

People who don’t smoke will readily tell you that cigarettes smell pretty gross. People who smoke cigarettes carry the scent with them on their clothes and belongings, and it can seep into their cars and homes. By contrast, vaporisers do away with many of the harsher scents found in cigarette smoke and replace them with fruity, dessert, and other pleasing scents instead. 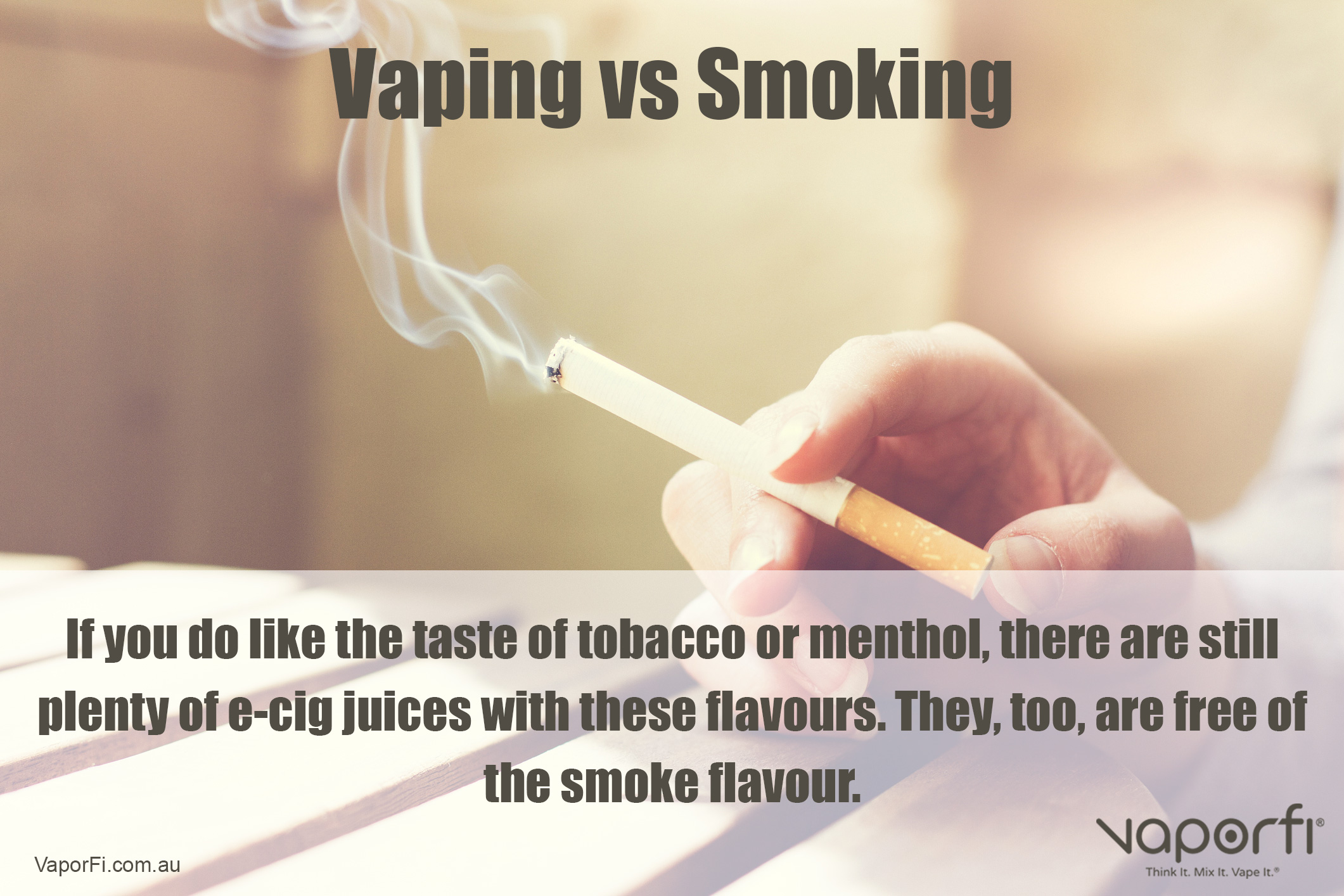 In addition, these scents are suspended in vapour and tend to dissipate quickly, so the scent doesn’t stick around long enough to permeate everything around you. If you do like the taste of tobacco or menthol, there are still plenty of e-cig juices with these flavours. They, too, are free of the smoke flavour and really hone in on the natural flavour of the tobacco plant and the menthol.

Where to Buy All of Your Vaping Needs

At VaporFi, we believe that replacing your cigarettes with a vaporiser can be one of the best decisions you ever make. Vaping is a useful tool for dealing with your nicotine addiction or weaning yourself off of cigarettes. It also allows you to replace a smoking habit with a more enjoyable hobby. If you’re ready to make the switch to vaping, check out our starter kits online today.

Vaping 101: Everything you Need to Know about Becoming a Vaper

Vaping around Pets: How to Keep Your Furry Friends Safe

What Happens When I Make the Switch From Smoking & Start Vaping?

Electronic Cigarettes May Reverse the Harm Resulting From Tobacco Smoking