Today, menthol-flavored cigarettes are among the most popular tobacco products worldwide. Menthol has a long history in the tobacco industry that has recently carried over to e-cigarettes. Fans of menthol products can find a wide array of menthol-flavored e-juices and cartridges for their e-cigarette devices from most of the big-name manufacturers.

The History of Menthol Cigarettes 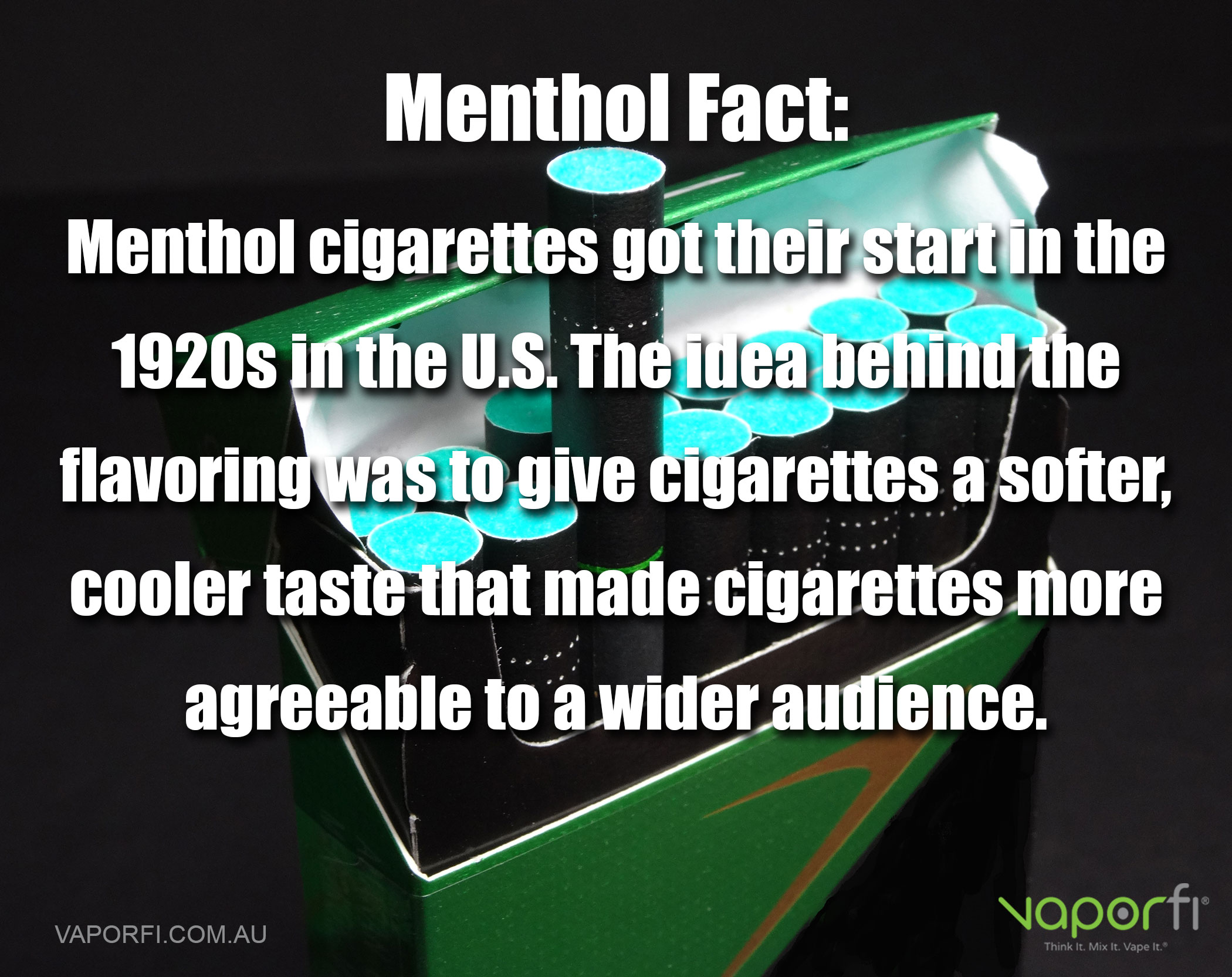 Menthol cigarettes got their start in the 1920s in the U.S. The idea behind the flavoring was to give cigarettes a softer, cooler taste that made cigarettes more agreeable to a wider audience. Over the next several decades, menthols were creatively marketed as a product with a fresh, clean taste.

Menthol took off around the world and continues to make up a very large subsection of the cigarette industry to this day. Even countries that have banned fruit- and candy-flavored cigarette products have been reluctant to place limitations on menthol flavors, despite knowing that the softer mint flavor is more likely to attract young smokers. For many people, menthol is a classic that carries a distinguished, pleasant scent and flavor.

Over the years, menthol has become extremely popular in Australia. Some of the largest marketing campaigns were aimed directly at Australians who were looking for something “refreshing.” Australians have continued to buy menthols en masse as more and more brands have introduced their own twist on the old favorite. 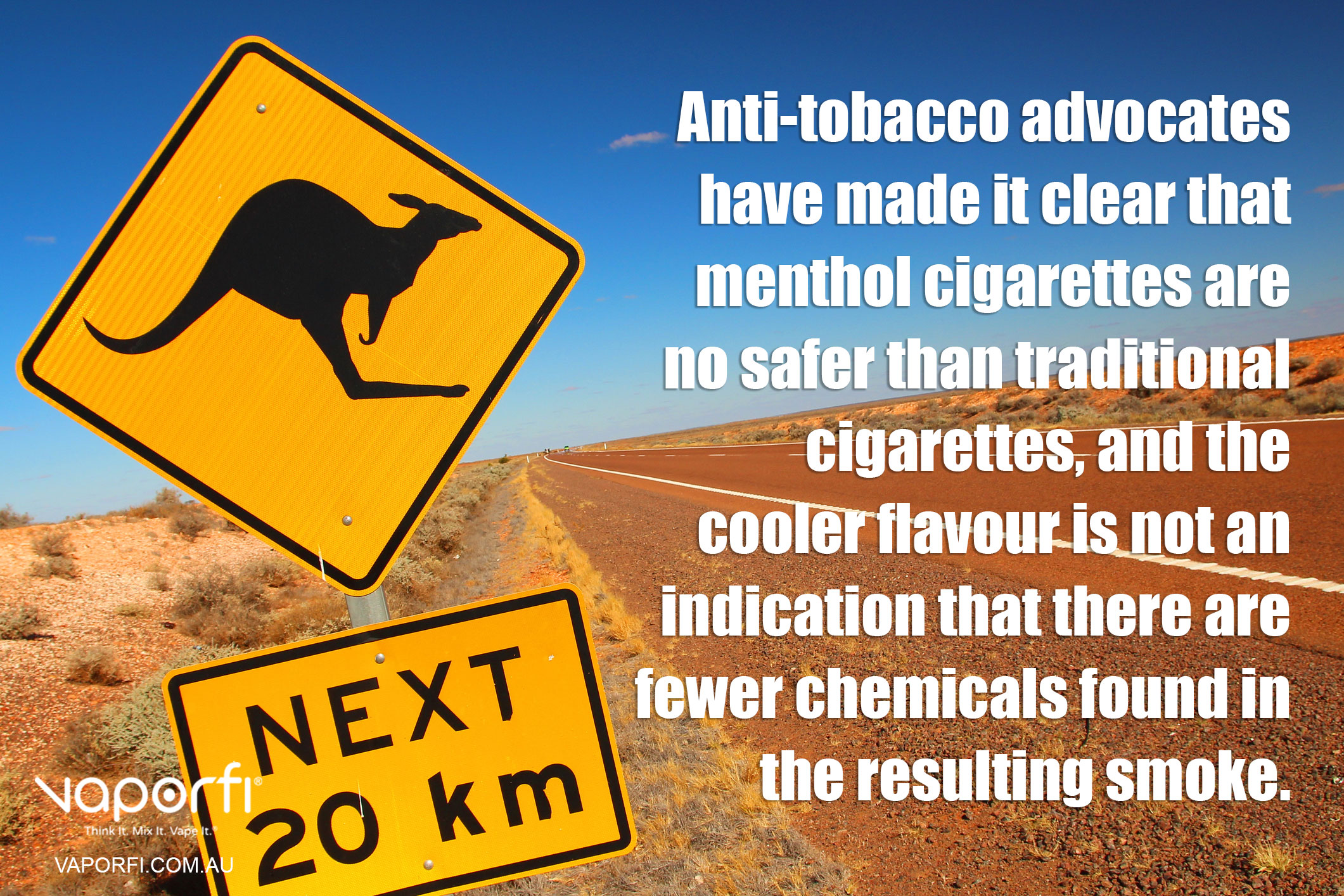 However, in recent years, anti-tobacco advocates have made it clear that menthol cigarettes are no safer than traditional cigarettes, and the cooler flavour is not an indication that there are fewer chemicals found in the resulting smoke. Many Australians have been surprised to learn that their menthol habit is equally as harmful as smoking regular cigarettes, and they are looking for a way to break the habit.

The Rise of Menthol-Flavored E-Liquids 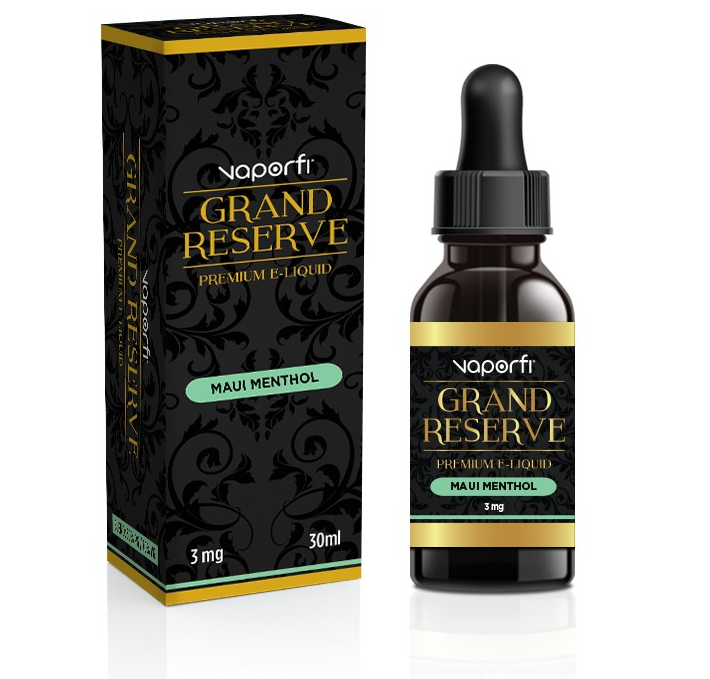 In the e-liquid world, it didn’t take long for manufacturers to take up the cry of menthol. After all, the classic icy flavor is well liked around the world, and it fit well with many of the other flavors currently available. Even during the earliest years of vaping, menthol blends rose to prominence and then branched out to include cool fruity mixes that stood out from the crowd. More importantly, e-cigarette makers knew that if they wanted to win the hearts of menthol smokers, they needed to create a comparable product on the other side of the divide.

VaporFi’s Express Mighty Menthol Cartridges are easily swappable menthol plug-in e-cigarette cartridges that come in several different nicotine strengths. For those who choose free-form e-liquids, the Mountain Mint Chocolate and Menthol Freeze are very popular options. All of these flavors are designed with the menthol crowd in mind and feature a twist on the old-style menthol/tobacco blend. In addition, VaporFi offers a do-it-yourself e-juice making section that lets you mix your own specialty flavor with just the right amount of menthol at the heart.

In the past, the decision to buy an e-cigarette was considered a bit odd. People would think, “Why would anyone want to smoke a fake cigarette?” 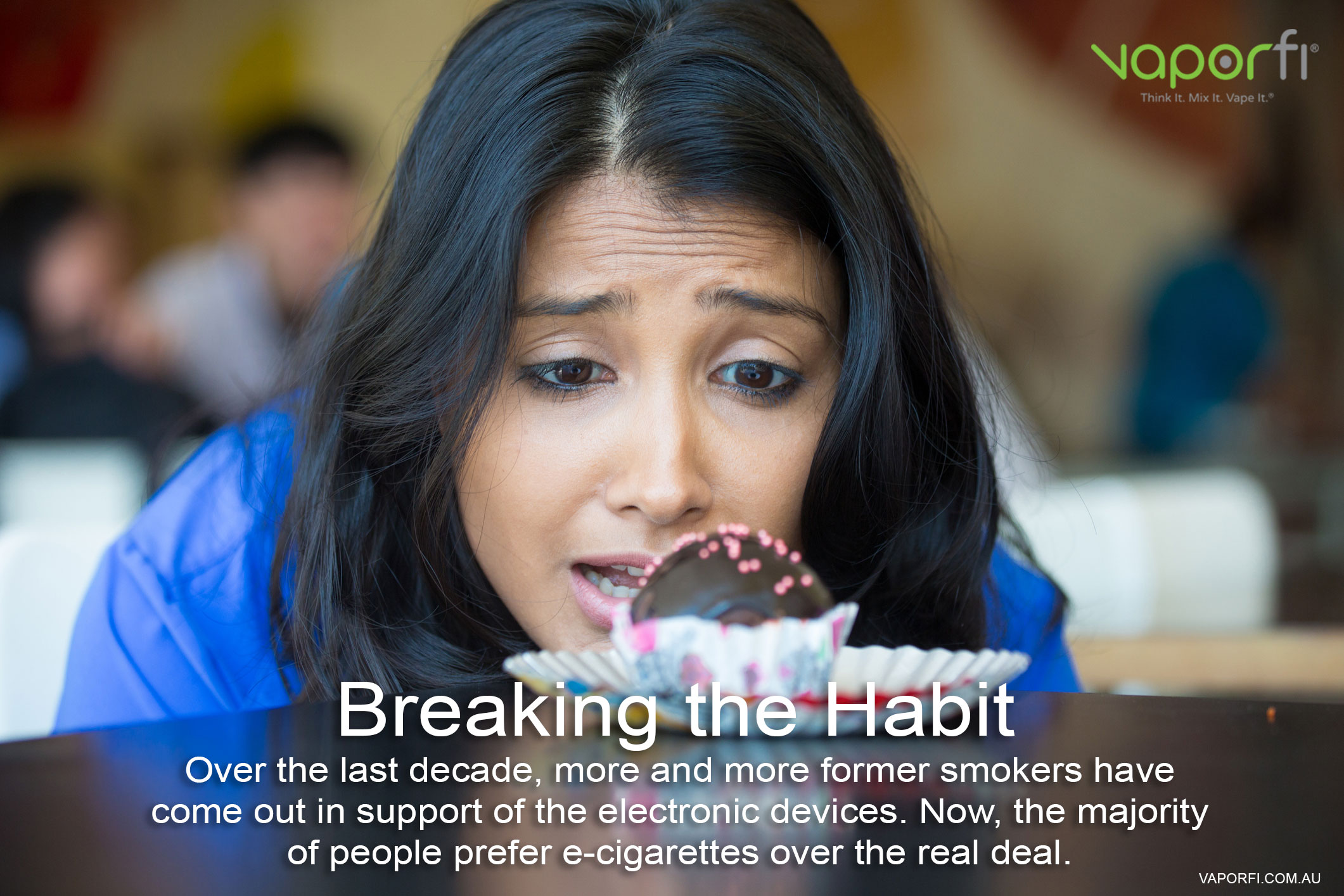 However, over the last decade, more and more former smokers have come out in support of the electronic devices. Now, the majority of people prefer e-cigarettes over the real deal.

In addition, many researchers and medical professionals have come forward espousing the health benefits of choosing to vape instead of smoke. Primarily, they note that the vapor produced by these devices is largely free of the harmful chemicals and cancer-causing agents found in traditional cigarettes. They also find that users can be much more scrupulous about the ingredients used in creating their e-liquids because the list of products used is significantly shorter. E-cigarette manufacturers have been significantly more transparent about their products than big tobacco companies ever have been.

Despite the purported benefits of making the switch, many smokers still struggled with the move to electronic devices in the early years. This was caused by a limited number of devices and e-liquid flavors that didn’t quite suit the users the way their traditional cigarette brands did. Thus, manufacturers set out to create a more well-rounded group of devices and e-juices with a personalized selection of nicotine ranges and flavor blends.

While e-cigarettes have gotten more powerful and popular, they have also gotten far simpler to use. Smokers can now choose from a huge range of starter kits designed to ease them through the transition process and cut down the learning curve. They have also become more reliable in terms of flavor and vapor production so they can closely reproduce the taste and feel of smoking that were often missing in the earliest devices.

If you want to experience it for yourself, the VaporFi Express is the simplest starter kit bundle available from VaporFi today. You can even buy the Express Bundle, which comes with a handful of extra accessories on top of the basic starter kit.  The Rocket is another popular option designed for newbies to the vaping sphere.

The Rise of the Vaping Community

Almost from the beginning, owners of e-cigarettes and personal vaporizers have earned entry into a special club. The vaping community has arisen as a place for vapers to find support and recommendations from others who went before them. The community has grown ever more robust over the years as devices have become more complicated and vapers seek to get the most out of their devices. Plus, the vast array of menthol vape juice flavors has made it difficult to choose just one. The community is always happy to point a weary traveler in the direction of the right juice. 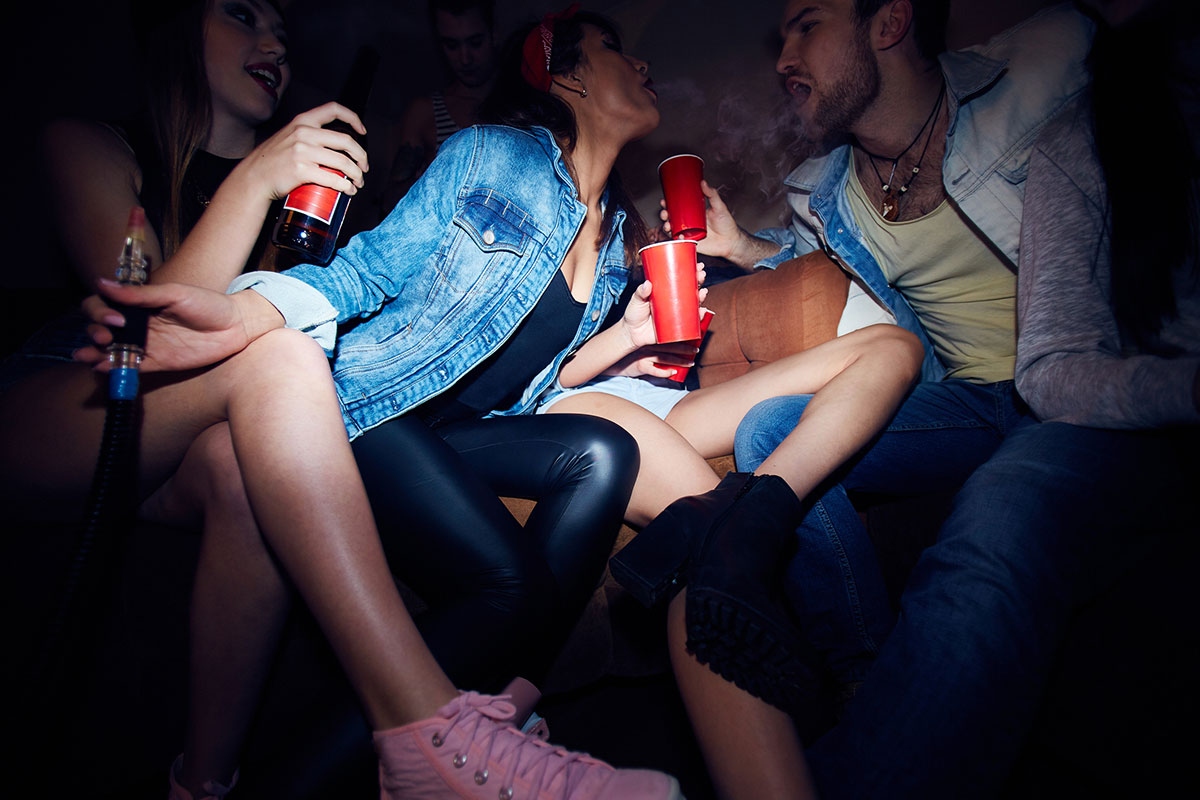 Out of this community, a number of new manufacturers have been born, along with a slew of local vape shops. Community members discuss ways to customize and improve their vaping experiences, and they provide moral support for those still struggling with cigarette addiction. They have also come together to voice their vaping wants and needs, which helps companies like VaporFi serve the audience with the perfect devices. Thanks to the feedback from vapers, VaporFi has branched out into a variety of different electronic cigarettes and starter kits to serve a diverse range of vaping profiles.

Where We Are Today 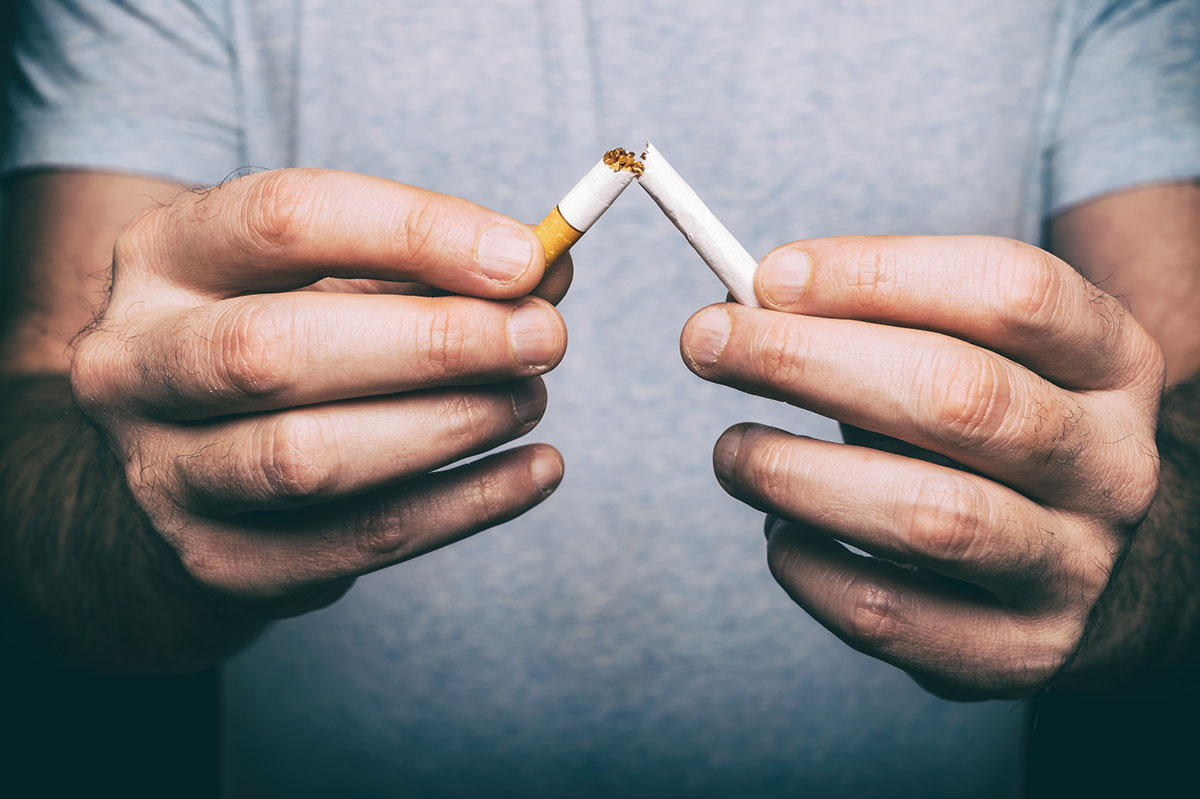 Even as the outlook for tobacco products is somewhat tenuous under current health regulations, the popularity of menthol does not appear to be slowing down. Vapor manufacturers have stepped in to provide menthol products to smokers who wish to quit, which is allowing these smokers to get the same icy cool fix they sought before. Additionally, even vapers who never smoked menthol cigarettes in the past have enjoyed and purchased the menthol e-juice flavour – proving that it is still a classic and preferred flavor for many.

Anyone who is interested in quitting smoking should know that there are plenty of menthol products available in the vaping industry. In fact, there are probably more menthol variants available for vapers than there are for smokers, so there is plenty of exploring to be done! If in doubt, seek out the members of your local vapor community and get some recommendations from them.

VaporFi Has What You Need!

If you are ready to start vaping, shop VaporFi today. If you need more assistance or have any questions, contact VaporFi’s customer services team. The VaporFi team is known worldwide for its excellent customer service and willingness to help you get the right device. The team will walk you through the process of selecting the proper flavor, nicotine strength and more. Even as you become more experienced with vaping and branch out into more advanced devices, the VaporFi team is always available to point you toward the next best thing.

Without further adieu, we’d like to welcome you all to the new VaporFi!

Where to Find E-Cig Juice with Nicotine

A Beginner’s Guide to Vape Pods

APRIL’S BLEND OF THE MONTH IS CHOCONUT CAKE!